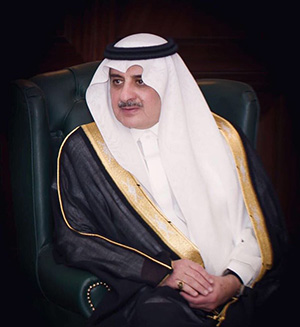 Speech of, His Highness, Prince of Tabuk Region marking the opening of the factory

Praise be to Allah, the Lord of the world, and may the blessings and peace of him be upon Prophet Muhammad, his family, and his companions.

On this blessed day, we are getting the result of the genuine-effort-years towards building Tabuk Cement Company. I remember like it was yesterday when this project was merely a dream for others. Thanks to Allah, the Exalted and Glorious, along with the great support and continuous encouragement provided to the national industries by the Government of, His Majesty, the Custodian of the Two Holy Mosques, this dream has become reality.

Thanks to Allah, we have chosen the right location to cover the needs of the northern part of our beloved kingdom of this basic material, which at the same time provided with excellent main routes linking it with the rest of the regions and governorates, as well as the port of Duba which will enable the company to reach new markets. The company has been able to absorb many Saudis who want to work in its administrative, field and engineering departments, where developing the Saudi citizen to be a fundamental pillar in the development process, is one of the most important goals of this company and remains the bedrock of the kingdom.

On this auspicious occasion, may Allah sustain his safety and security upon this country, under leadership of His Majesty the Custodian of the Two Holy Mosques, and, His Royal Highness, the Crown Prince Abdullah bin Abdul Aziz, Deputy Prime Minister and Head of the National Guard, and, His Royal Highness Prince Sultan bin Abdul Aziz, Second Deputy Prime Minister and Minister of Defense and Aviation and Inspector General.

Peace, mercy, and blessings of Allah be upon you.